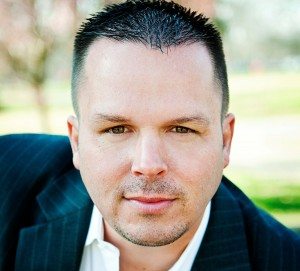 Jody Fuller is a comic, speaker, writer, and soldier with three tours of duty in Iraq.  He is also a lifetime stutterer.

In 2018, Alabama Magazine selected Jody as one of Alabama’s top 40 men and women over the age of 40 whose lives and careers are characterized by great levels of giving and achievement. He was also named as “one of the 15 Southern stand-up comedians that will make you laugh ’til you cry” by “It’s a Southern Thing.”

Growing up in Opelika, AL Jody had to overcome two things: poverty and stuttering. Enlisting in the Army after high school helped him overcome the poverty but the stuttering continues to pose unique challenges. After a 4 year stint as an Army medic, he returned home to attend college at Auburn University at Montgomery where he received a Bachelor’s Degree in Business Administration.

After 9/11, Jody returned to the Army by way of Officer Candidate School at Ft. Benning, GA. Following completion of his Officer Basic Course, he was assigned to 2nd Infantry Division at Ft. Lewis, WA. In November 2003, he deployed to Iraq for a year with the 296th Brigade Support Battalion of the Army’s First Stryker Brigade, where he served as the platoon leader of the third largest platoon in the United States Army.

In 2006, Jody left active duty Army to join the Alabama National Guard and deployed to Iraq two additional times. In 2014, he transferred to the Army Reserves where he was promoted to the rank of Major.

When not in uniform, Jody performs all over the U.S. for a wide range of groups, including non-profits, corporations and disability groups. He also performs for troops at home and abroad. To date, he has performed for U.S. military personnel in 15 countries and counting. In 2012, he was awarded “Best Newcomer” at the Clean Comedy Challenge.

As a writer, his column can be read in 10 newspapers. He’s also been published 7 times in the popular Chicken Soup for the Soul series including:

A Lifetime of Stuttering: From Lemons to Lemonade: 101 Positive, Practical, and Powerful Stories about Making the Best of a Bad Situation

Tough Love: The Power of Gratitude: 101 Stories about How Being Thankful Can Change Your Life

Jody lives in Alabama with his family and a house full of dogs.